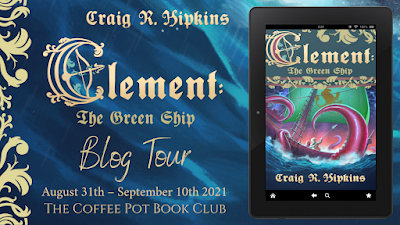 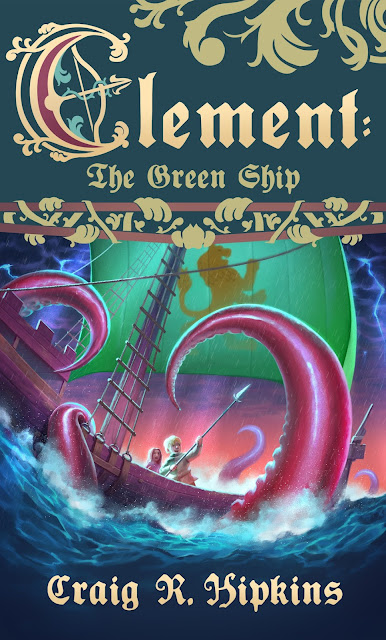 Publication Date: June 02, 2021. Publisher: Hipkins Twins. Page Length: 313. Genre: Historical Fiction/ Young Adult 12+.
Normandy. The year 1161. King Henry ll sends the 14-year-old Clement, Count of la Haye on a secret mission. The young count and his friends travel in the wake of the mysterious mariner known as Sir Humphrey Rochford. Their destination? The legendary land of Vinland, known only from the Norse sagas. The journey is full of adventure and intrigue. Clement battles with a tyrannical Irish king and then finds his vessel attacked by a massive monster from the deep. The Green Ship sails to the sparse and barren land of Greenland where more trouble awaits.
Book Rating:

I have a deep respect for authors who write young adult fiction because it is these books that encourage a love of reading later in life. Writing quality historical fiction for this audience sets its own challenges but Mr Hipkins has risen to the challenge and created a wonderful story that touches on the subject of friendship, love, and loyalty.

Clement was a wonderfully drawn character who is very brave, honest and kind. A complete contrast to his terrible uncle. Clement was a character that I really enjoyed reading about, and I thought he was a great role model, especially when it comes to his treatment of Adam. Adam has special needs, and he would have been shunned by almost everyone in the era the book is set in, but Clement takes him under his wing and they became friends. I thought this relationship was beautifully depicted.

This book will certainly appeal to a younger audience. It is well written and immensely readable.

You can pick up your copy of this book on Amazon. If you subscribe to #KindleUnlimited you can read this novel for free. 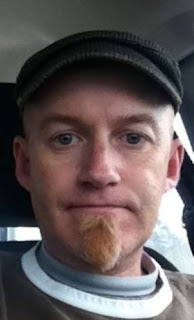 Craig R. Hipkins grew up in Hubbardston Massachusetts. He is the author of medieval and gothic fiction. His novel, Adalbert is the sequel to Astrolabe written by his late twin brother Jay S. Hipkins (1968-2018)
He is an avid long-distance runner and enjoys astronomy in his spare time.
Social Media Links:
Website, Twitter, Facebook, Instagram, Pinterest, Amazon Author Page, Goodreads
Tour Schedule 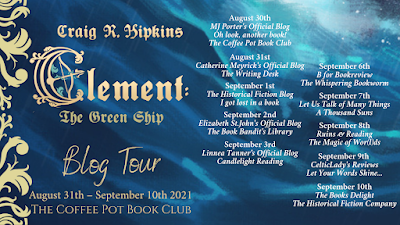